This week, you and I are beginning our third year together as priest and congregation at St. Paul’s. For the last two years, I’ve been out and about in my clergy collar here in Woodville – I don’t talk about it a lot, but it hasn’t been easy. And some days, it’s hard.
Judging by the stories many of you shared with me when I first arrived here, you can identify, having had your own challenging experiences as Episcopalians here in East Texas. As one of our parishioners pointed out, walking around with ashes on our foreheads on Ash Wednesday gives a good taste of what being different in Christian community is like, how assumptions and misunderstandings can make our common life more difficult, without opportunities for conversation.
Last week, I was out at lunch with a couple of friendly folks when a lady at another table started glaring at me. I thought maybe she just had bad depth perception, but since she glared harder at me after I smiled and nodded a hello, I’m guessing that wasn’t it! Most of the time nobody responds to me in stores or restaurants. I mean, I get it – I’m a triple threat in our small rural town: I’m a newcomer, I’ve got a clergy collar on, and even worse, I’m a woman with a clergy collar on. I’ve experienced worse in my collar, and I know that, unfortunately, you and others have had similar experiences over differences in Christian belief. 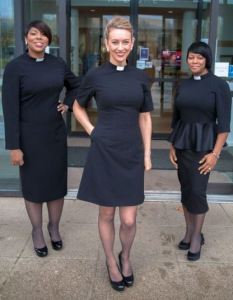 No, I don’t dress like a Swedish stewardess from 1965.

This is more like the clergy life in East Texas. Just to be clear, I’m the one on the right.

Differences in what we believe are difficult things to process. Our Gospel from Mark today is packed with difficult things to process. But let’s be brave and look at it together:
On the surface, this is a recording of Jesus teaching the crowds gathered around him, in an area of Judea near the Jordan, when he is confronted publicly by a group of Pharisees putting him on the spot about Jewish law and divorce.
This is going to be a familiar process. We’re going to hear the Pharisees try to back Jesus into a corner again in Mark 12, by asking another dangerous political question, “Do we Jews have to pay taxes to the Roman emperor?” and later in the same chapter, with a question one of them must have stayed up all night coming up with, “If a woman marries seven brothers in a row, whose wife is she going to be to in heaven?
Where and how this confrontation on divorce law happens is important to understanding the conversation. Where have we seen this before? Who else besides Jesus was in Judea near the Jordan, angering the Pharisees? Who else, like Jesus does in Mark 1, has been declaring “the kingdom of heaven has come near?”
John the Baptist, in Matthew 3. And what happened to John the Baptist? He was thrown in prison and had his head cut off. Why? Because he dared to criticize Herod about divorcing his wife to chase after his brother’s wife. 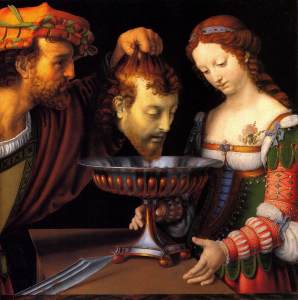 This is what happens to guys who criticize Roman tetrarchs when they’re trying to dump their wives for their brother’s girl, using her daughter’s help. Does her dress say, “My dancing convinced the king to give me anything, and all I got was this guy’s head?”

Think this confrontation might just be a trap? Most likely. Jesus knows the Pharisees are working for his imprisonment and death. But it’s not yet his time to die, and God’s son won’t put himself into their hands until it is the right time.
So Jesus is in public, a crowd of witnesses listening, and he flips the question around on the Pharisees: “You want to know if it’s lawful? Ok, you tell me. What does your own law say?”
They’re not going to let him get the better of them, or pass up a chance to show off their knowledge of the law, so they answer right back: “Well, Moses allowed a man to dismiss his wife in writing, and divorce her.”
Ok, so the question on Mosaic law is answered. A guy can put his wife out and divorce her.
This is the point where the Pharisees should have walked away, because it’s about to go down. Jesus says, ok, you want to open up this can of worms, here we go:
The reason why Moses allowed that concession to the law, is because of your hard-heartedness. From the beginning, my Father’s dream for the life of the world was for wholeness. For you to live and work together in perfect creative union, one new life together in God.
Divorce is a sad thing. God wants what he creates to grow and flourish – not to suffer division and destruction and death. He doesn’t want anyone to suffer, or be hurt, or shoved to the margins. But he also understands that we are human, and we struggle to be our best selves.
After the public confrontation and they are gathered, probably around a meal, in a private home, the disciples are still caught up in the law, so they ask for more conversation. What we hear is a very candid, private discussion with the disciples, that wouldn’t have taken place in the public forum just before this. Jesus reflects to them God’s serious response to breaking the covenant of marriage – those who are bound together as one before God, but leave that union to join with someone else, are breaking a sacred covenant. At the same time, in naming both men and women as equally responsible and equally accountable, he upends the patriarchal Mosaic marital law. Imagine if he had said that in front of the Pharisees!
God’s law of perfection is tough, but at the same time, God is full of grace and love for his people. Sin and forgiveness. Unquestionable perfection and unlimited grace. These things co-exist because of God’s holy mystery. This mystery also holds the foundation of our salvation: we are called, despite our brokenness, to be reconciled to a holy and perfect God, who loves us so much that we are also given the grace of Jesus Christ in order to do it.
This is what Jesus is focused on, the divine mystery that is being revealed. This is the kingdom that is here. Jesus is the Messiah, and he is re-introducing God’s dream for the life of the world to a world that is suffering outside of God’s wholeness. They couldn’t live out God’s perfect dream for the world, so they needed concessions in the law under Moses. Jesus has come to overturn, to supersede the law, with his compassion for us. “Love the Lord your God with all heart and all your soul and all your mind – and love your neighbor as yourself. On these two things hang all the law and the prophets.” 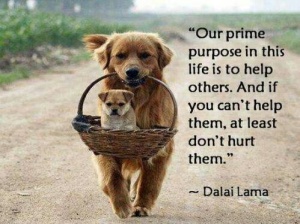 No, God doesn’t like divorce. Divorce means there has been pain and brokenness in our covenant with him and one another. From the beginning, his vision is for our relationships to reflect God’s love and wholeness. His Son came because we are hardhearted, and more interested in hurting each other in growing together for the peace of the world. Jesus came to remind us what perfect sacrificial love looks like.

This is revolutionary. This is subversive. This is what will get him killed.
As the Pharisees confront him, Jesus is about to make his turn toward Jerusalem and his trial, crucifixion, and Resurrection – as Charles Campbell puts it, “the kingdom trajectory builds toward greater equality and radical hospitality for the oppressed.”
Yes, Jesus cares about divorce. But he is less concerned with issuing public opinions on divorce law then he is in completing his mission, declaring the Good News that he is the ultimate concession to the law, so that in him, we may live the redeemed life and enter into God’s perfected dream for the world.
As David Howell writes, “Jesus has declared that the kingdom of God has come near, and that meant that everything was changing. So the answer to the Pharisee’s question is not what was permissible under the law, but what is now possible in this unfolding kingdom of peace, and love, and justice.”
In the kingdom of God, justice and a way forward in peace is revealed in the Gospel of Jesus – men and women are given the same rights and with them the same responsibilities. Children, the least powerful among us, are given the ultimate power positions – welcomed and blessed by God himself, and made examples of the entry requirements into his kingdom.
Whenever I go out into town here in my collar, despite the difficult experiences, there is one group of people who never fail to welcome me. They not only welcome me, they run to welcome me – they embrace me with a love that overlooks my shortcomings, and isn’t concerned with our theological differences. This group is only concerned about how excited they are at being together again in our shared love of Jesus. 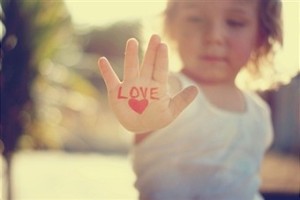 This group is the children. The children from our little rural church school, a mixture of age, culture, race, and church backgrounds – my “Chapel friends,” as I call them. When I run into them in town, they never fail to smile, to run over excitedly and hug me, to share with barely-contained excitement what new and wonderful things are happening in their world. They aren’t worried yet about who is and is not worthy enough to share in the love of Jesus that is so brightly shining in them.
These little ones are precious to God. And they are our models, our examples of how we should be conducting ourselves as members of his kingdom – overlooking our differences, even our theological ones, to come together around our shared love of God. The kingdom of God IS near. Are you ready to receive it? Are you willing to be the ones – maybe the only ones – who run to embrace others into the kingdom, including those who nobody else will welcome?
Jesus said, “Let the little children come to me, and do not stop them. For it is to such as these that the kingdom of God belongs. …whoever does not receive the kingdom of God as a little child will never enter it.”
To such as these belong the Kingdom of God. Amen.