“We’ve got a long way to go to get there, but I think we stand a chance if we are willing to be open to what we say we believe.” – Catherine, St. Augustine of Canterbury Episcopal Church, Morrow, Georgia/Episcopal News Service

What follows is a sermon I preached to my rural East Texas community Episcopal church in August, at the height of the racial uprisings in Ferguson, Missouri. As the nation waits tensely again this week for legal decisions, and Missouri communities gather offering peace and shelter, I encourage all pastors to redouble their efforts to preach peace and unity from their pulpits, and for all Christian people, particularly my Episcopalian brothers and sisters, to live what we say we believe:

Twenty years ago while a student journalist at the University of Missouri-St. Louis I became familiar with racism, and with Ferguson, the neighborhood located directly north of campus. Ferguson has stayed in the national eye these last few weeks as racial tension, violence, and calls for peace continue to be heard in that neighborhood. Twenty years ago, the racism I witnessed was also deeply troubling. The Missouri Ku Klux Klan was by its own description attempting to get stronger and more powerful by attracting more affluent and well-educated members by attempting to sponsor programming on the university radio station. The station refused to cooperate, and so the klan sued the state of Missouri in federal court to try to force the station to take its money, and read a promotional underwriting statement for the klan on air. At the federal courthouse in downtown St. Louis I had the opportunity to interview the leader of the Missouri klan. Someone might be tempted to be sympathetic to his cause, as long as that someone hadn’t bothered to educate themselves on 150 years of klan history. When listening to voices in controversial moments in time, people of good faith should be careful to listen and feel for the presence of that deeper grace generated through the love of Jesus Christ. That grace will reveal the sinful from the just. 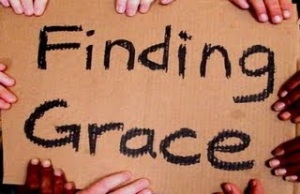 The most telling thing in that interview happened in the last couple of minutes of our conversation. That’s when it became clear that what he was saying and what he was doing were two very different things.
Jesus talking to his disciples in Matthew 16 asks them to describe who the people of Caesarea Philippi are saying he is. Caesarea Philippi is an interesting location for this conversation to take place. Located about 25 miles north of the Sea of Galilee, Caesarea was the center of worship for a number of pagan gods, the local community attraction being a huge natural spring feeding the Jordan River. Jesus and his disciples traveled there after an encounter with the Pharisees and Sadducees, who had teamed up to trap him, demanding he show them a sign to back up his claim of power. Instead, he makes a bold move for justice, confronting them in return, naming them as evil and unfaithful followers of God, who could understand the signs of impending weather, but who failed to recognize all the signs of their own hoped-for Messiah. And so into this atmosphere of blindness and accusation by God’s own people, into this town filled with pagan worshippers, Jesus puts the question to his disciples, “Who do people say that I am?” The response varies – some say Elijah, some say John the Baptist, or Jeremiah. Then Jesus asks Simon directly, “Who do you say that I am?”

Simon’s answer is you are the Messiah, the Son of the Living God. This very interesting answer brings together both Hebrew and pagan traditions to claim Jesus’ kingship, the titles acknowledge Jesus as the Messiah. In Hebrew that is the royal title of “anointed one” and the Son of God, another Hebrew title for royalty. Son of God was also used by Greek leaders, including the first Roman emperor Augustus, as a title of divine authority. Of course, we have inserted here that Jesus is son of the Living God. Not a cold pagan statue, or some pagan God in some undead netherworld who has to be charmed into appearing – a living God who walks among his people and gives them eternal life.

“You are the Christ, the Son of the Living God.” – Simon Peter

Jesus renames Simon as Peter, a play on his name, which means rock, and names him as the rock he will build his Church on. To be more exact, Jesus proclaims not Peter himself, but his faith, as God-inspired. Not the result of any experience Peter has had of his own effort, but that his faith is built by the work of God himself. The kind of faith God establishes in Peter is the faith that Jesus names as the foundation of the Body of Christ, the living Church that will remain on earth after his death, resurrection and ascension. The living Church that is charged with loving in his name and building the kingdom until Jesus returns to complete his work in the remaking of Creation.
To his Church represented by Peter, Jesus leaves the keys of the kingdom and the authority to act in his name with heavenly power. The keys of the kingdom is the knowledge inspired by God in Peter, the understanding Jesus leaves with us that he is the Christ, the Messiah, the anointed one through whom we are reconciled to God in his sacrifice and through whom we have access to eternal life.
Our authority is the power of God lived through the Church to the world. The keys and the authority – these are the tools of our Gospel mission. What we say, and what we do. Holding the keys to the kingdom means we have a responsibility to say to others that there is a saving grace in knowing Jesus Christ. Having authority means that we have a responsibility to do actions that build up the kingdom – to do acts of love, mercy and justice in the world in his name.
As members of God’s holy, catholic and apostolic Church, what we say is as important as what we live. What we live is as important as what we say – because in both of those things, as representatives of the Church, we are speaking for Jesus Christ. We are living for Jesus Christ. In all places, at all times.
With the events in Ferguson and what seems to be a growing racial divide around the country, there is a growing call from within the Church for us to use our voices and our actions to live what we claim to believe – the love of Jesus for everyone, everywhere. Some of the hardest conversations we have and most challenging actions we take are in the course of race relations here in East Texas. Yet Jesus calls us to say and to do words and actions of justice, mercy, and grace – in all places, at all times. This week there were a lot of words and actions in Ferguson, words and actions of hate and peace.
Be reassured that God is with us in these difficult days – he never leaves us nor forsakes us. I want to close with some encouraging words of grace I came across in an Episcopal News Service story this week. It is a quote from a woman named Catherine who is a member of St. Augustine of Canterbury Episcopal Church in Morrow, Georgia, near Atlanta:
“My hope lies in the fact that I believe in the church we have a chance. Celebrating Holy Communion is so important because it reminds us that we’re committed to something bigger than ourselves. I believe the church is the place where we can develop real dialogue, real trust and model a different way to be with one another. We’ve got a long way to go to get there, but I think we stand a chance if we are willing to be open to what we say we believe.”
May what we say, and what we do, be what we believe.